Aisha Dee is an Australian actress and singer who is known for her role as Desi Biggins on the children’s TV series The Saddle Club. Aisha Dee has also starred as Mackenzie Miller in the Fox sitcom, I Hate My Teenage Daughter. Aisha also started her band named Dee Dee & the Beagles and enjoys a huge social media fan base with more than 70k followers on Twitter and over 200k followers on Instagram.

Aisha Dee has appeared in a TV commercial for Freeform Tiny House Contest (2017).

She has not spoken about her religious views publicly.

Aisha Dee released her first single These Girls in 2009. She has also recorded CDs for the show The Saddle Club which include Best Friends album in 2009.

Aisha Dee has not appeared in any theatrical film yet.

In 2008, Aisha Dee made her first TV show appearance with the role of Desi Biggins on the TV series The Saddle Club. 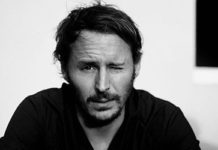