Amal Clooney has given birth to twins a few weeks back, but when you have a look at her recent photographs, you can hardly believe it. Why? It’s because she has been working out hard and making many diet changes to get a fit body again.

Learn about her latest workout routine and diet plan right here and get inspiration to begin your fitness journey.

A source close to the stunner has revealed that she has included exercise as a part of her daily routine. Right now, she walks for at least an hour each day along with spending 20 minutes in weight lifting every other day. The rest of the days include doing 30 minutes of Pilates.

The source has also revealed that she is following a special Mediterranean fish diet in which she needs to have fish twice a day. She prefers having salmon, swordfish, mackerel among others. Her focus is also on avoiding foods that have preservatives and having vegetables with every meal.

A boiled egg with seaweed soup

Fish, chickpeas, and houmous on a wholegrain cracker

The beauty made her first public appearance at the Venice Film Festival with husband George a few days back and stunned everyone with her looks on the red carpet.

The international human rights lawyer got back to work just three months after birthing the twins and released a statement regarding the threats of forcible detention made against former Maldives President Mohamed Nasheed who has been her long-time client.

The British lawyer had mixed emotions regarding getting back to work because she loved spending the summer with her new twins and is missing them terribly when she is at work.

At the same time, she is looking forward to resuming her work and getting back to it, says a source. George has full trust in her ability to find a perfect balance between a working professional and a mom.

Her enthusiasm to get back to work so soon after a pregnancy wasn’t much of a shocker because she worked during most of her pregnancy while taking care not to exert herself. She has been very sensible throughout the pregnancy and was known for taking things easy. Though George has been there for her throughout the crucial time of her life, she rarely let him do anything for her other than to make tea and do little things.

George Clooney has earlier admitted that they have decided that his wife would cut back on travel time to the risky areas of the world post the birthing of the kids to avoid any danger. She will now avoid areas where she isn’t welcomed like Iraq.

When asked about plans to have more kids, Amal said that she already had the kids quite late (at 39) and now, she has no plans for more kids.

News sources report that the lovely lady has hired a full-time nanny, a night nurse along with seeking the help of her mother, journalist Baria Alamuddin to help raise the kids.

A nursery has also been designed for the kids for which London-based interior designer Ilse Crawford lend her expertise. Some of the kids’ items were even bought from Paris.

Clooney recently admitted in an interview that though he had a fair idea about what these babies would be like and how they will change his life, he was not prepared for the difficulties he has been facing while managing the kids.

He joked that all the kids want to do is eat and they are just happy with that. They need Amal more than they need him and most of the time he doesn’t understand what’s going on. Appreciating the role played by his wife as a new mother, he said that he has a lot of admiration for his wife because she is breastfeeding them a lot and getting just two hours of sleep per interval.

The kids also love her immensely, and he feels great when he sees them bond. He even termed this special love as beautiful. 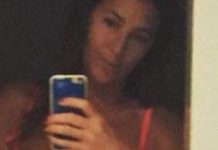 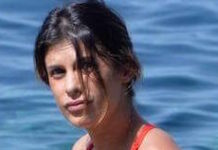 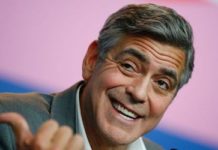