Andrew Garfield is one of those actors who change their bodies and minds completely to adapt to a role. He has proven it once again by starving himself and losing a lot of weight for his new film Silence (2016). Here we get to know how was the entire journey for him. We also learn how much weight he lost, why he lost it and what unique exercises he tried. Read on to know it all.

To look extra slim and starved in the film, the talented actor lost an astonishing 40 lbs. The results are obvious when one sees the film or even its promotions.

It is believed that The Amazing Spiderman Series (2012-2014) actor lost the weight by following Anorexic diet plan. To know more about it, you can click here.

This Martin Scorsese film is based on the 1966 novel of the same name written by Shusaku Endo. Garfield and his co-star Adam Driver play the role of two priests who travel to Japan. Their aim is to locate their missing mentor (played by Liam Neeson). The film is set in the 17th century. It was a time when Christianity was outlawed and the priests were forbidden.

The Obvious Thing to Do

Andrew says that losing weight was a journey to understand the mindset of his character and not a burden, reports People. He felt great to know the experience of starvation or fasting. When he fasted, it helped him understand how people would have felt when there was no food on the island and the villages were rationed. The hunger was important for him to express the plight of the people who had to take a journey over to Macau. Even the journey that was rife with sickness and dysentery needed to be expressed only after experiencing the real hunger.

As the entire film was shot in Taiwan, the American-British actor says that he had an incredibly different experience than what he has been used to. He was away from all the people he loves, the places he visits and the things he loves. Added to that, he was not being able to eat and go out. He didn’t socialize much and isolated himself from everyone.

By being isolated, he got more clarity about the things that were really important in his life. He learned which of the people were important, what kind of foods he missed the most, and the restaurants that were important to him. When the film ended, he was excited to visit them.

The LA-born prepped for the role for about a year. He immersed himself in all things the 1600s and Jesuit. He also learned about the struggles or the horrors that were happening in Japan at that time. He acquired knowledge on what Christians were subjected to during the said duration. The controversies of what is it to live a true life of faith were also learned by the skilled actor, reports Uproxx.

Though the Hacksaw Ridge (2016) actor has learned a lot for Silence, he says that even 10 years would not have been enough to prepare for the role.

While preparing for the film, he was also very taken with the Jesuit spirituality. By the time he got to Taiwan, it was bursting out of him.

When asked about how he felt about doing the film, the actor said that he had the feeling that he was being called to something. He was called to work with one of the greatest directors. The role boosted his spiritual development.

When the filming ended and the hot star got back to his normal life, he gave himself a lot of rewards. He ended the self-imposed confinement by driving along the famous California coast and stopping at Big Sur. After the filming journey ended, he had a lot to take stock of, a lot to be thankful for and a lot to unpack.

The celebrity took the help of Jesuit priest and writer Father James Martin to learn Christianity. He also learned the notably demanding Spiritual Exercises of Ignatius of Loyola and did those exercises regularly. Andrew would get into such a meditative state while walking that the director Martin Scorsese would start the camera without intimating the actor. The cameras were started without his knowledge so as to not break his concentration. (To know more about these exercises, click Loyola Press).

What did you think of the actor’s dedication? Isn’t it worthy of a good compliment? Share your thoughts by commenting below. 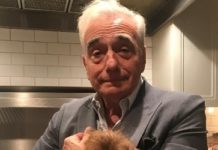 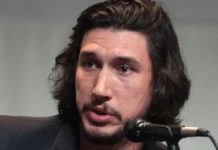 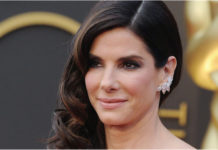 40, 50 or 60 is never too old for Success: 3 Highest Earning Celebrities of 2014 Who Showed Remarkable Resilience and Overcame Great Personal...