Ariane Andrew was counted among the most loved WWE champions. In reality, she is a lovely person who seems quiet and demure until you cross her path. She recently confessed that she has been working out and eating better after giving up WWE. She also shared some workout and diet advice for fans so that they can learn from her experiences. Read it all here.

While talking recently to People, the diva admitted that she is in better shape than ever after retiring from WWE. She says that she now has more time to exercise which she didn’t have as she was on the road for 300 days per year. Once she reached the hotels, she was so exhausted that she didn’t have the energy to hit the gym.

The former pro-wrestler says that she didn’t have a training schedule and didn’t follow any fitness guidelines when she was with WWE. Everyone was left to their own choices when it came to exercise. The wrestlers were allowed to workout whenever they wanted but if they didn’t, they were free not to. The wrestlers needed to stay fit but they had total control over how much they wanted to push their bodies.

The current workout routine of Cameron Nicole Lynn (her ring name) now consists of working out for 5 days a week. On Mondays, she does two hours of exercise that includes Zumba, body works and abs classes. She also goes for hiking for at least once a week and does a personal barbell workout for the legs or opts for dumbbells for the arms. Working out with her personal trainer Alice Raibon once a week for circuit training is also vital for her.

The Total Divas (2013-Present) participant says that there was a time when the workouts she was doing became stagnant. For this reason, she opted Zumba and fell in love with the dance-based cardio workouts. She says that it’s a fun class to take because, in it, you get cardio and work with your own body weight. When sitting on a cardio machine, she always looks at how much time is left. But with Zumba, her body is enjoying the moves, the music, and dancing. So, she loves it more and forgets about the time. She also thinks that Zumba is a harder workout than the cardio done on a treadmill. (Do you agree?)

The sports celebrity has a motto in life. It is to live her best life. She thinks that if you are going to workout in the gym, you should be able to enjoy the food as well. She doesn’t want to restrict herself from eating anything. If she wants pizza, she’ll have it and increase the amount of time she spends in the gym.

The reality star does not believe that one should restrict himself / herself from indulging every once in a while. She prefers indulging a little over having a perfect six pack abs. She can be more chiseled if she eats right but she thinks it’s not worth it. Living the life to her fullest is her main goal. She wants to work hard and simultaneously enjoy life as well. (We think that’s a good way to go, what’s your say?)

Talking about the WWE training experience, the dancer told Washington Times that when she took a bump the first time, she thought she was in a mini car accident. She initially questioned her choice of profession but she knew she could do it. The hottie is not a quitter, so she kept going, learned it and did it. She was in developmental training for three months before signing up for the main roster.

The actress confesses that she has been injured a lot during wrestling. She took it all positively by seeing the examples of people who have faced worst injuries than she did. She is blessed to not have faced serious injuries that led to neck surgeries or even broken necks.

The Bye Bye (2014) singer says that discipline and dedication motivate her to exercise regularly. She sometimes has to wake up at 5:30 am because she knows that it would be the only time when she could get a workout done. She usually can’t workout after a busy day. Her advice to people is that they should never skip a workout session. They must be willing to wake up at 5 in the morning for workouts if they have to.

The American retired professional wrestler has shared the following workout and diet advice with fans. It helps her stay fitter and hopefully will make you fitter too.

You should set your own goals and try to meet them consistently. You should know what things you want to accomplish and set your own path. Do not expect things to turn overnight, be consistent and you will get better every day.

You can overindulge in sweets every once in a while. But you must compensate for it by spending 5 to 10 extra minutes by doing cardio the next day.

You should hike daily from 30 to 60 minutes daily.

To burn calories, you should do some circuit training regularly. Burning calories for an hour is the best option.

Use heavyweight kettlebells for as much time as you can.

To achieve a bikini body, you should do an ab class with circuit training. Your focus should be on the hardest area to break down.

Opt for matcha green tea rather than your daily coffee and cream. This switch would speed up your metabolism and control the cravings. (We’ll certainly try this one, won’t you?)

To maintain perfect sugar levels, you should have at least eight grams of fiber daily in your diet.

Before you go for a blow-out party, fill yourself with solid protein. Have some chicken or fish, a few hours before. (A smart idea!!)

When faced with an opportunity to indulge, you should either opt for a sugary dessert or an exotic cocktail. You should never go for both, the LA-born told Edmontonsun.

Even when you have overindulged, there is always tomorrow. You can meet your resolution of perfect health and fitness the next day. (The crux – Be optimistic and don’t beat yourself up over small mistakes!) 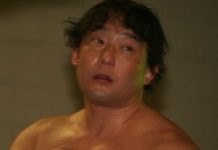 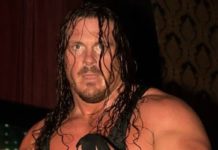