Candice Michelle is an American actress, model, and retired professional wrestler who is best known as once part of the World Wrestling Entertainment (WWE). Apart from becoming a fan-favorite female wrestler during her time with WWE, she was also considered a s*x symbol and was dubbed as the “Go Daddy Girl” who would perform in the company’s annual Super Bowl commercials.

She went to Santa Monica College to study Theater Arts.

She is of German and Costa Rican descent.

She often tends to dye her hair dark brown. 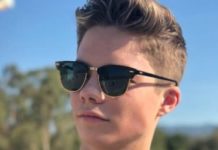