Chanel West Coast went to the Taft High School. However, after studying for two years, she dropped out and instead took homeschooling route to complete her high school studies.

She tends to go for blonde highlights.

In July 2013, Chanel released her debut mixtape, Now You Know.

Chanel West Coast hasn’t been cast in any theatrical film till date.

In 2009, she made her first TV show appearance as herself in the MTV reality show, Rob Dyrdek’s Fantasy Factory.

Chanel West Coast regularly works out at the Equinox gym to preserve her stunning curves. Her preferred choice of workout is Pilates. 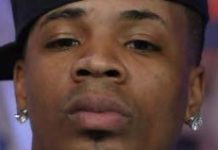