Without completing studies at the school, she moved to the Leeds Trinity & All Saints College (affiliated with Leeds University) in 2006. But, later dropped out after one term.

In October 2014, she got admission at the Magdalen College to pursue studies in Classical Archaeology and Ancient History.

Chloe Madeley is represented by Matt Nicholls of the United Agents.

In January 2009, she was signed up as the brand ambassador for the underwear and lingerie brand, Ultimo.

She is yet to appear in a theatrical movie.

In 1988, Chloe guest appeared in the talk show This Morning as herself.

When it comes to diet, she is not a fan of counting calories or splitting food groups. She concentrates on eating clean and healthy. Oats, sweet potato, brown rice, chicken, and fish are the key components of her daily diet. She also makes a conscious effort to eat lots of vegetables and fruits. Plus, she makes sure that her diet has a lot of fiber and micronutrients. 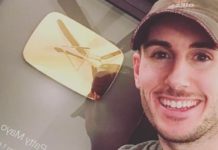