Chris Lynn is an Australian professional cricketer, entrepreneur, and TV personality. Domestically, he is best known for playing for Queensland Bulls between 2009 and 2019, as well as Brisbane Heat starting with the 2011-2012 season.

After graduating, he enrolled in the Queensland Academy of Sport in Nathan, Queensland, Australia.

Chris Lynn has endorsed brands such as –

He is also a supporter of the Australian Red Cross, RSPCA, and Breast Wishes Journey. 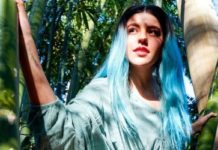