Cressida Bonas is a familiar face in the rich British social circle. She is admired for being a talented actress with notable skills of an artistic dancer. She has been featured in films like The Bye Bye Man and Tulip Fever while enacting a brilliant performance as Daisy Buchanan in the play “Gatsby” at the Leicester Square Theater. An ardent reader and a traveler at heart, Cressida has great things coming her way.

Cressida Bonas completed her schooling from Stowe School in Buckingham. Cressida then joined Prior Park College in Bath after receiving a sports scholarship. After that, she completed her degree / course in dance from Leeds University. She further went on to study dance at post-graduate level at the Trinity Laban Conservatoire in Greenwich.

Cressida Bonas is managed by –

Cressida has English roots and some distant Irish and Scottish roots along with a possibly distant Welsh ancestry.

She often highlights her hair.

In 2017, she made her theatrical film debut as Sasha in the horror thriller The Bye Bye Man as Sasha.

In 2009, she made her first TV show appearance as one of the cheerleaders on the series Trinity.

Cressida Bonas’ workout routine and diet plan are not known. 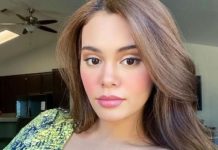