Dwayne Bravo is a Trinidadian cricketer who has served as the captain of the West Indies team. He is an all-rounder and has been a former captain of all forms of the game. He is known for his unique bowling style in death overs. Dwayne is also a singer and has sung many songs including Champion and the team song for Quetta Gladiators in 2019. He started playing domestic cricket for his native Trinidad and Tobago in 2002 and has also played for Chennai Super Kings in the IPL. He was also named as a franchise player in 2013 for the Caribbean Premier League.

Bravo started playing cricket at the age of 10 and made his first-class debut in the year 2002 with Trinidad and Tobago domestic cricket team. He scored runs as a batsman but did not bowl in the tournament. Bravo rose to glory with his 113 runs in the test match against Australia and also took 6 for 84 in Adelaide in November 2005. Bravo took Yuvraj Singh‘s wicket at a very crucial time during the match between India and West Indies in the year 2006 where he also scored an unbeaten 61. In the 2009 ICC T20 World Cup, he took 10 wickets at 18.40 in the match against India. In 2017, he became the first bowler to take 400 wickets in the T20 format. He has faced a lot of injuries during his career and has been involved in several controversies. Dwayne was removed from the World Cup squad in 2015 for being the spokesperson of the strike that happened in India and also resulted in the tour being canceled. He retired from international cricket on October 25, 2018.

Dwayne is represented by –

Bravo made his test debut in the year 2004 during the West Indies-England tour. He ended the tour with 68 wickets and a total of 220 runs.

He made his ODI debut against England in the year 2004 during the Carribean tour where he did not bat but took 2–31 with the ball.

Bravo made his T20 debut in February 2006 against New Zealand where he evinced his all-round skill and took 2 wickets while scoring 19 runs off 16 balls. The match was tied.

Dwayne Bravo has sung a few songs, the most famous one being Champion. In 2014, he released his solo song titled Go Gyal Go.

Dwayne made his feature film debut in Ula in 2019.

He made his TV show debut as “Himself” on The Kapil Sharma Show in 2016.

Dwayne Bravo is personally trained by Rajesh Chauhan. Most of his workout routine focuses on core strength and lower body. He works on his strength and endurance. He never misses his workout and likes to keep himself fit. 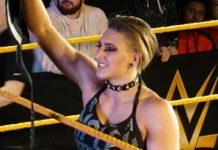 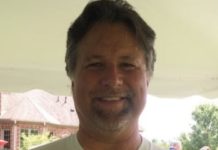 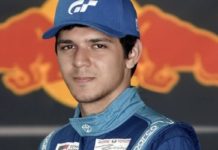