Eddie Hall was expelled from the school. He was constantly working hard in the gym to become a successful strongman competitor, while his friends were preparing to take GCSE exams.

Eddie Hall has used his strong presence on social media platforms to promote fitness and health-related products. He occasionally posts about other products as well.

Eddie Hall made his theatrical film debut in the horror flick, Rotten Cotton released in 2018.

Besides the broadcast of the strongman competitions, he made his first TV show appearance in the TV series Keep It in the Family in 2015. 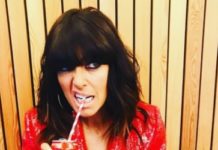