Ella Elbells is an American social media star and entrepreneur best known for her YouTube channel of the same name which has amassed more than 600k subscribers and more than 50 million views. She created the channel on September 11, 2012, and uploaded her 1st video 6 months later, on May 7, 2013, titled “Ella’s Randomness.” Ella began creating content that she was interested in herself, such as beauty, fashion, food and drink recipes, DIY and how-to projects, as well as lifestyle and home decoration. She also covered video tags pertaining to the seasons, such as “Summer Hacks,” “Halloween Ideas,” “Back To School,” “Winter Essentials,” and others.

Ella also came up with her own creative holiday and gift ideas, morning and night routines, gave her own tips for posing and room organization and suggested many ways for her audience to maximize results and save money, all in a fun and engaging way. On occasion, she uploads motivational videos, vlogs, Q&A videos, and organizes giveaways or completes challenges suggested by her fanbase. Ella is also a young entrepreneur and the owner of a clothing store named Elbell Apparel, which specializes in colorful handmade clothing and accessories. Ella has also garnered a large fanbase online with more than 80k followers on Instagram.

Ella Elbells has endorsed brands such as –

In 2015, Ella’s go-to healthy breakfast consisted of “Very Berry Popsicles” made of Greek non-fat yogurt, a frozen mix of strawberries, blueberries, and blackberries, and half a cup of almond milk that she mixed in a blender to create a smoothie. She made her salad by mixing up lettuce, walnuts, cranberries, goat cheese, an apple or an orange, and a salad dressing of choice.

To detoxify her body, Ella used a mixture of water, lemon, mint, watermelon, and berries as a juice cleanser. Her workout routine was very light, around 2 times a week, which she described as a “lazy workout.” She used a yoga mat to do girl pushups, bicep curls with a very small dumbbell, held a 30-second plank, and arm rotations. She brought her workout to an end with around 50 bodyweight squats, 20 leg lifts, and 10 side leg lifts per leg.

On June 1, 2019, Ella uploaded an updated diet plan because she wanted to show a genuine, typical day in her life. It consists of double-fiber wheat bread with an apricot jam on top that she places in a toaster. She eats watermelon and drinks enough water before drinking her 1st coffee to avoid harmful diuretic effects. Ella also adds almond, coconut, or soy milk into her coffee when she feels like it.

For lunch, she loves eating raw fish such as sushi, or homemade burritos combined with her favorite fruit smoothie. As for dinner, it’s always a light meal consisting of protein and healthy fats. Cooked or fried chicken combined with lettuce or guacamole salad is her go-to meal to consume before sleep as it doesn’t cause any stomach bloating. 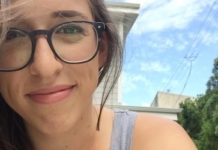 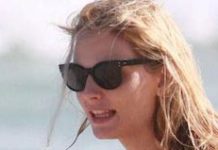 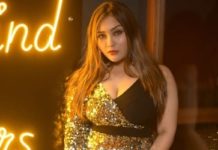