Filip Geljo is a Canadian actor who is known for having appeared as Agent Otto in the Canadian/American children’s live-action educational series, Odd Squad, as well as in the family comedy crime movie, Odd Squad: The Movie. He has also been cast in several other shows and movies such as The Last Chance, The Waiting Room, Shahzad, and Annedroids. Filip Geljo is the son of the Bosnian-Canadian actor, Jasmin Geljo, and has also garnered an impressive social media fan base with his acting skills.

The details related to Filip Geljo’s educational qualifications are not known.

Filip Geljo has not dated anyone publicly yet and prefers to keep his private life away from the spotlight. Hence, it is difficult for us to ascertain anything about his love life and relationship history.

Filip Geljo is of Bosnian-Canadian descent on his father’s side.

Filip Geljo has not done endorsement work for any brand yet.

Filip Geljo made his first feature film appearance by playing the role of Dan in the biographical history drama movie, The Waiting Room, in 2015. He starred alongside the likes of Jasmin Geljo, Masa Lizdek, Ma-Anne Dionisio, and Cintija Asperger and the film was premiered at the Locarno Film Festival in August 2015. 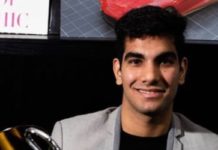 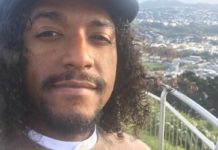