Gaz Beadle went to Prudhoe West First School but later got enrolled at Highfield School. He cleared his GCSE exams at the age of 16.

Gaz Beadle is represented by –

Gaz Beadle has done endorsement work for the following brands

Gaz is yet to make an appearance in a theatrical film as of 2017.

In 2011, he made his first TV show appearance on the famous British reality show, Geordie Shore.

After having started going to the gym to take care of his skinny body, Gaz Beadle has made working out an integral part of his daily schedule. To make sure that his ectomorph body responds to his workout, he makes it a habit to lift heavy weights in the gym. He also includes sprinting on the incline for a dose of high-intensity cardio workout.

As per his lifting schedule, Gaz clubs chest with triceps. After that, he goes for shoulder and back and follows it up with legs. He then, makes sure to take two days off. However, he has revealed that he often finds it hard to fit a workout into his busy schedule. 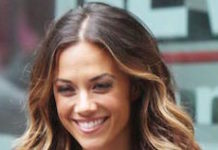