Hani Furstenberg is an Israeli-American actress who is well known for her role in The Loneliest Planet (2011) where she played a lead character. She was born in her home country, Israel to parents who were Jews. She then moved to New York when she was 6 weeks old, spending all her childhood in America. By the time she was at teenage, 16 years old, her parents had to travel back to Israel, so she followed them. While in Israel, Hani played roles in several films such as Yossi & Jagger (2002) and Campfire (2004). These roles got her to fame in her home country. She began to get calls to play more parts in Israeli movies. She also played a role as Lilach in the television drama The Bourgeoisie which made her more popular in the industry and among the citizens of Israel.

Hani’s international recognition is due to her role in the award-winning film The Loneliest Planet. This role gave her more openings in Hollywood, and in 2019, she starred in The Golem, a produced by Epic Pictures.

Hani Furstenberg is represented by –

She is of Jewish, Israeli, and American descent.

Hani Furstenberg has not done endorsement work for any brand yet.

Her roles in the films Yossi & Jagger and Campfire which gained her wide recognition in Israel, and her role in The Loneliest Planet which earned her international recognition

Hani Furstenberg made her feature film debut in the role of Dana in the movie Six Million Pieces in 2001.

She made her first TV show appearance as Lilach in The Bourgeoisie in 2000. 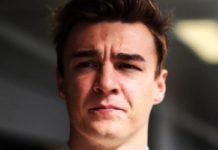