Huw Collins is a British actor, producer, and composer, best known for his role as Dr. Elliott Rollins/Archer Dunhill in the 6th and 7th season of the drama, mystery, romance TV series, Pretty Little Liars (2016-2017). This was his 1st major acting role, after which he landed a guest role as Gabe in the episode of Bull (2017). Before his climb to prominence, Huw also produced, acted, and composed music for the short film, Hobby (2012), where he starred as Adam.

He attended a month-long course at The Actors Centre in London, England, United Kingdom.

Huw Collins is represented by –

He is primarily of Welsh descent but also has distant English and Scottish ancestry.

Huw Collins has endorsed brands such as –

He has supported ASPCA (American Society for the Prevention of Cruelty to Animals). 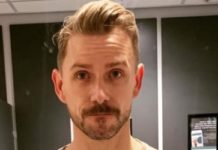