Jayne Mansfield was an American film, theater, and television actress, singer, model, and entertainer who is regarded as one of the major Holywood s*x symbols from the 1950s and early 1960s. Despite a rather short career-span, she became a successful artist appearing in movies like The Sheriff of Fractured Jaw, Promises! Promises!, and The Girl Can’t Help It. She also won a Golden Globe Award in the “New Star of the year, Actress” category for her role in Will Success Spoil Rock Hunter? in 1957.

Jayne Mansfield died on June 29, 1967, at the age of 34 in New Orleans, Louisiana, United States due to brain trauma sustained in an automobile crash.

Additionally, she took ballroom dance lessons and studied Spanish and German. She also took lessons in violin, piano, and viola.

Jayne Mansfield was of English, Cornish, and German descent. 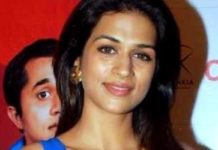