Jeremy Merton Sisto is an American actor, producer, and writer. His parents got divorced when he was 4 years old, so he lived with his mother and sister. Jeremy has mentioned that because his father was not there in his life, it made parenting his own son very tough. Once he saw potential in acting, he chose it as his full-time career and discontinued the idea to graduate from the University of California, Los Angeles. He likes to play Italian bowling (bocci) and guitar in his spare time.

He was also given admission to the University of California, Los Angeles in the U.S. and went there briefly. He didn’t finish it and dropped out to focus full-time on his acting career.

He has given his voice to the Advil TV commercial. 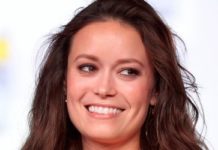