Joe Wicks is a British fitness coach, TV presenter, and author who rose to fame with the 15-second healthy recipe videos that he used to post on social media. He then expanded his influence through The Body Coach TV YouTube channel where he posts fitness tutorials and has garnered more than 2.5 million subscribers. He has published several cookbooks which include recipes for healthy meals and his first such book in 2015 titled Lean in 15 – The Shift Plan: 15 Minute Meals and Workouts to Keep You Lean and Healthy had become a bestseller by selling almost a million copies. Joe has also hosted a TV show titled The Body Coach on Britain’s Channel 4 network. He is also quite popular on Instagram where he has more than 4 million followers.

Joe had attended the Blenheim High School in Epsom, Surrey. He then joined the North East Surrey College Of Technology (NESCOT) in Epsom. He later studied sports science from 2005 to 2008 at St. Mary’s University, Twickenham in London. 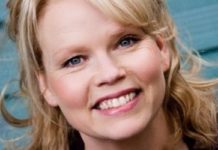