Ketlen Vieira is a Brazilian mixed martial artist known for being one of the most dangerous fighters. She managed to win her first 10 fights with 2 of those victories coming via a knockout. She has also used her experience as a wrestler to the maximum and 4 out of her first 10 wins have come via submission.

After the completion of her school education, Ketlen Vieira got enrolled in the university to study law. She graduated from the university with a major in law.

Ketlen Vieira handles her representation work on her own.

Ketlen Vieira has refrained from discussing her personal life in her limited interactions with the media, which makes it difficult for us to say anything about her love life and dating history.

In October 2014, Ketlen Vieira made her professional MMA debut at Circuito de Lutas: Fight Night 4 in São Paulo. She came up against Juliana Leite and managed to knock her opponent out in the 2nd round.

Ketlen Vieira works hard in the gym and does training to sustain her performances in the octagon ring. In the gym, she focuses on improving her endurance and conditioning through her strength training regime.

Ketlen also spends a lot of daytime in honing her fighting skills. She is usually guided by her head coach, André Pederneiras. She gets a substantial cardio done through her sparring sessions.

To ensure that she is eating right, Ketlen relies on the advice of her nutritionist, Victor Silvestre. She usually focuses on eating a clean diet. The lean meat gives her necessary protein. She also varies her carbs intake depending on the intensity of her workout regime. 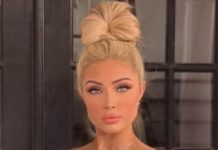