To look jacked like Chris Hemsworth in Thor, Henry Cavill in Man of Steel or Christian Bale in Dark Knight requires some insanely heavy lifting along with dedicated rest and clean calorie in surplus amounts. Despite this huge commitment, many men fail to see the ripped, muscular clarity that these action stars carry on screen. Do not dismiss it all to steroids just yet. A major component responsible for impressive definition is conditioning that lifters often miss and women looking to get that ‘toned’ appearance are still clueless about.

Whether you want to build ‘prison fit’ toughness like Jason Statham or merely earn some aesthetic appeal like Liam Hemsworth in The Hunger Games or get time efficient full body shred three times a week as Matthew McConaughey puts it; befriend the kettlebell.

This eighteenth century Russian exercise equipment is now popular worldwide for the dynamic workout variety, it offers. Compared to steady state cardio that comes in the way of sustaining lean muscle, most celebrity trainers use explosive kettlebell exercises to get their client’s metabolism in high gear, making them work both their muscles AND get their heart rate up at the same time.

Hollywood trainer and kettlebell guru, Paul Katami describes this equipment as holding an entire workout in the palm of your hand. You can build your strength, flexibility and cardiovascular conditioning while also building a core of steel at the same time!

Do not mistake it for a magic pill that will create an entire body transformation in one move though. However, learning to use it is a skill worth having because a few minutes of tossing around a kettlebell accelerates progress, for both men and women, no matter what your fitness goals might be.

What do kettlebells offer that dumbbells and barbells do not?

As compared to the shape of a dumbbell, the entire weight is concentrated at one end with a thick, horn-shaped handle at the other side. As you grip the kettlebell tight and swing it around, the weight constantly pulls away from your body causing you to brace your abs, awakening all the sleeping stabilizer muscles that your body might have forgotten to engage amid the repetitive motions on machines and single-plane isolated movements in the weight room.

If you are still unsure about where to start, then here are three full body kettlebell moves in increasing order of difficulty from beginner to advance. Although, due to lack of equipment, people often perform kettlebell drills with a dumbbell, the following exercises are signature kettlebell moves to torch fat fast. Use them to drop a dress size in a matter of days.

Not limited to action-hero conditioning, KB swings are an integral part of several Hollywood A-list divas like Scarlett Johansson, Ashley Greene and Vanessa Hudgens to stay lean and red carpet ready. The reason behind the popularity of this exercise is that it strengthens the entire posterior chain in one move, which primarily includes the legs, lower back, upper body and shoulders. This further leads to postural improvement, while torching plenty of calories! As explosive as a standing jump, when done correctly, this move is a lot safer for the joints as well.

If there is only one new movement pattern, you have to learn, let it be this one! Learn all the details in the following tutorial.

Regular practice will create a graceful, coordinated and symmetrical physique.

The following video offers all the instructions you need to perform this exercise correctly.

Learn the Snatch in the following tutorial.

If you are still obsessing over getting more definition and you want it now, then follow the performance cues and technique standards explained in the following presentation to gain proficiency in all the basic exercises that comprise a level 1 kettlebell certification. Supplementing the following moves with even the most basic or generic exercise program will skyrocket your physical appeal and performance to the next level. 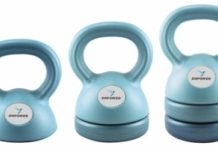 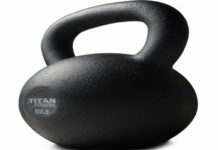 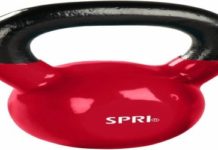