Kristin Kreuk is a Canadian actress who started her professional acting career in 2000. She is known for her work in TV series like Edgemont, Beauty & the Beast, and Smallville. In 2017, she gave her voice to the video game “Shuyan Saga”. In 2014 and 2015 each, she won the “Favorite Sci-Fi/Fantasy TV Actress” at People’s Choice Awards for her work in Beauty & the Beast.

Kristin Kreuk went to the Eric Hamber High School. After she graduated from the high school, she had aimed to get enrolled at the Simon Fraser University to study psychology or forensic science. But, she had to cancel her plans as she got an opportunity to start her acting career.

In 2003, Kristin was seen in an infomercial for Greenpeace.

Kristin was a member of the infamous religious cult Nxivm (pronounced as Nexium) in the past. She became a member of the cult somewhere around in late 2005 or early 2006. She is reported to have remained with the cult for about 7 years.

In 2004, Kristin made her theatrical film debut in the comedy movie, EuroTrip.

In 2001, Kristin Kreuk made her TV show debut in My Punky Valentine episode of the animated TV series, The Weekenders.

Physically, her first TV show appearance came in the same year (in 2001) in the Canadian TV series, Edgemont.

Kristin regularly hits the gym for her interval training workouts. For her interval training routine, she relies on the guidance of her personal trainer, who also happens to be her close friend. She usually tries to perform this workout 3 days a week. However, when she is too busy with her work, she does have to alter the frequency.

Kristin is also a big fan of yoga. Even if she has a hectic work schedule, she gets her yoga sessions done at her home. She also likes to go to dance classes when she has time on her hands. If she is in Toronto and has some free time on her hands, she loves to head out for hiking.

However, when it comes to diet, she is not a fan of any dieting principles. Kristin just tries to eat whatever she feels is good for her body. She tries to focus on consuming a lot of protein and healthy veggies such as broccoli. 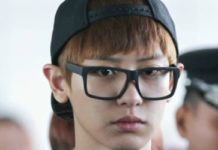 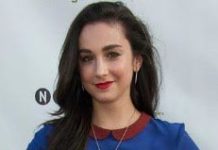 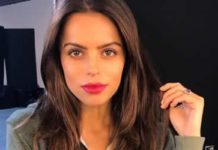