Laurie Hernandez is a two-time Olympic medalist in gymnastics. She is a second generation American, with her ancestry reaching out to Puerto Rico. Always on her toes, she won the Dancing with the Stars trophy for season 23 with Valentin Chmerkovskiy. She is also a New York Times Best Selling Author for her autobiographical book I Got This: To Gold and Beyond. Laurie has also showcased her charms in popular series like Stuck In The Middle, Sesame Street, and Celebrity Family Feud.

Laurie Hernandez attended Abeka Academy High School until she started getting homeschooled after her 2nd grade.

However, the Old Bridge High School in New Jersey conferred her with an honorary high school diploma on June 25, 2018.

Laurie Hernandez is managed by –

Laurie Hernandez has rarely spoken about her relationship in her interactions with the media, which makes it difficult for us to ascertain anything about her love life.

She has endorsed various brands through her social media which include –

She has also appeared in the commercials for-

In 2017, Laurie teamed up with Nike for the Equality campaign.

She has credited God for her positivity and success in an interview, quoting the Bible,

“I can do all things through Christ who strengthens me.” (Philippians 4:13)

In 2012, she played her first match at U.S. Classic in Chicago and finished at the 11th place in the junior division, qualifying for the National Championships in St. Louis, where she stood at the 21st position after competing for 2 days.

In 2016, she made her debut TV show appearance in the talk show The Tonight Show Starring Jimmy Fallon along with the 2016 U.S. Women’s Gymnastics Team.

While training for her gymnastics, Laurie Hernandez trains for 5 to 6 hours a day, 6 days a week, starting at about 8:30 in the morning at the gymnastics facility. She gets half a day twice a week. Otherwise, whenever she is traveling, she works out in the gym to stay in shape.

As for her diet, she likes to eat healthily. Her typical day’s diet plan is like – 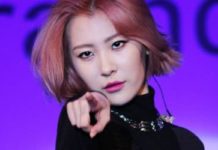