Lina Esco is an American actress known for her brilliant acting in the crime drama series S.W.A.T. She is also hailed for her righteous stand demanding gender equality and for creating awareness regarding sexual repression. Lina is also well known for her public service announcements against the Japanese annual tradition of dolphin hunting as well as for protecting and releasing all the whales and dolphins from the captivity of amusement parks. She is highly perceived and supported by celebrities such as Courteney Cox, Richard Williams, Miley Cyrus, and many more.

Lina Esco is managed by Agency for the Performing Arts.

Lina Esco has rarely revealed about her personal life while interacting on the social media, which makes it difficult for us to deduce anything about her love life and previous dating history.

Lina has been featured in several commercials such as –

Lina was raised in a household with Catholic beliefs.

Lina Esco made her theatrical film debut as an imaginary character Kelly in the romantic-drama movie London in 2005.

Lina Esco is a workout enthusiast who enjoys boxing even while she’s working. She has also stated in an interview that punching a bag or boxing has proved therapeutic for her and it allows her to channel her thoughts. 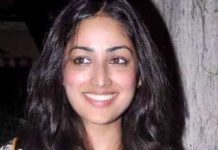