Luke Bracey is represented by

Luke Bracey has done endorsement work for the fashion brand Ralph Lauren, including appearing in an advert for Polo Red fragrance.

He has also been featured in a TV spot for Jeep Renegade.

In 2011, he made his theatrical film debut in the romantic comedy movie, Monte Carlo, which had Selena Gomez in the lead role.

In 2009, Luke Bracey made his first TV show appearance on the popular Australian TV show, Home and Away.

Luke Bracey follows a fairly active lifestyle to keep his body in shape. He hits the gym regularly and there are periods when he performs a grueling and intense workout routine. But, he doesn’t like to keep the schedule intact for long and instead, prefers to go with his own rhythms.

He prefers to keep his routine natural. However, that doesn’t mean he gives up on working out. He might go for a home workout comprising of 100 pushups and 100 sit-ups. Then, there are days when he likes to go for long walks and surfing, especially when he is back home in Australia. 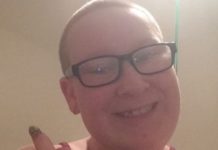