Mackenzie Foy has not yet completed her educational career. She is completing her education via home schooling along with her big brother.

Mackenzie Foy has not been romantically linked with anyone till 2015.

Mackenzie Foy started modeling in 2003 when she was just 3 years old. By the age of 4, she started appearing in print ads for brands like Garnet Hill, Polo Ralph Lauren, Guess and others.

As a child model, Mackenzie Foy was seen in the following brands commercials –

She is also known for her role as Murph in 2014 space fiction Interstellar.

Mackenzie Foy first appeared as a little girl in the Fox’s sitcom ‘Til Death in the episode ‘No Complaints.’

Her first credited role was as Kate Erskine in the episode ‘Blowback’ in the ABC’s series FlashForward in 2010.

Mackenzie Foy has not employed any personal trainer yet.

The child star is growing into a lovely young woman and hence maintains a good diet. She naturally possesses a slim and beautiful figure for her age. 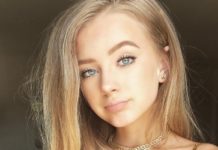 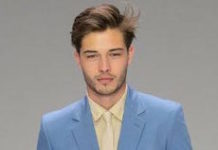