Dating and having connected her name with famous men like Leonardo DiCaprio, Gerard Butler, and Michael Fassbender.

She is also known for appearing in films like Zoolander 2 (2016), Youth (2015) and being featured in singer Eros Ramazzotti’s music video.

Madalina debuted with comedy film I soliti idioti: Il film for her role as Smutandissima in 2011.

In 2011, she appeared in reality dancing show Ballando con le Stelle in its 7th edition where she was partnered with dancer Simone Di Pasquale.

Her workout routine and diet plan are not known. But, she looks glamorous, in shape, and hot always. Madalina might be taking proper care of her diet. 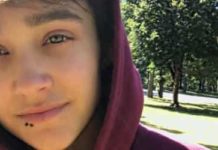