Malala Yousafzai is a Pakistani social activist and the world’s youngest recipient of the Nobel Prize. Born in the Khyber Pakhtunkhwa province of Pakistan, Malala was inspired as a child by her father’s humanitarian deeds and philosophy. When she was in 7th grade, Malala started writing a blog, using a pseudonym, for the global broadcasting giant BBC, describing life under the Talibani militant occupation of her hometown and the surrounding Swat valley. Subsequently, The New York Times picked up on the story and made a documentary about her life. The documentary put her in the spotlight as the media started to cover her as a voice of peace and reason. In October 2012, as she was returning home in a school bus, Malala and 2 other girls were shot at by a Talibani militant. The assassination attempt was, supposedly, retaliation against her activism. Malala was hit in the head and remained in critical condition for a while.

As her condition gradually improved, she was transferred to the UK for further medical care. This dastardly attack on a teenager sparked international outrage against militancy in the region. Malala received an overwhelming outpouring of support from numerous governments, human rights organizations, and feminist groups. After recovering from her critical injuries, Malala became a vocal activist for the right to education, especially for girls. She based herself in the city of Birmingham and founded the Malala Fund, a non-profit organization that aims to help every girl under the age of 12, receive a formal education. Her advocacy has found several backers around the world and her slogan ‘books, not bullets’ has turned the idea of ‘education for all’ into a global movement. In 2017, She became the youngest ever United Nations ‘Messenger of Peace’.

In Pakistan, Malala used to attend Khushal Public School, a chain of private schools run by her father. After moving to the United Kingdom, she attended Edgbaston High School, in Birmingham, from 2013 to 2017. As of October 2019, she was in the final year of a bachelor’s degree course in Philosophy, Politics, and Economics; which she was pursuing at Lady Margaret Hall, University of Oxford.

Her social activism, especially in the field of education, for young and underprivileged girls

Malala made her TV show debut as “Herself” on the talk show Markus Lanz on October 8, 2013.

Source – The Indian Express, The Telegraph, News24, The Washington Post, BooksOnTape.com, The Times of India 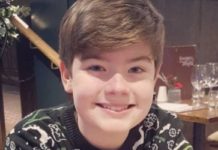 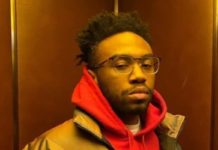 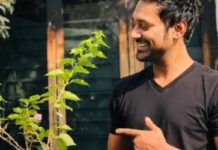