Marla Catherine is an Instagram star known for her popularity on various social media platforms. She has done endorsement work for brands like Soap & Glory and Sephora. Marla has a self-titled YouTube channel with more than 2 million subscribers. She has a huge social media fan base with more than 1 million followers on Instagram.

Marla Catherine has opted to keep a rein on the availability of information about her love life. However, in her April 2018 YouTube video, she claimed that she wasn’t allowed to date until she turned 16.

She often organizes giveaways and competitions for the promotional campaigns.

She identifies herself as a Mormon. She is a member of The Church of Jesus Christ of Latter-day Saints. 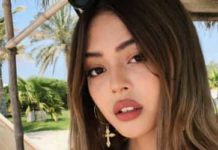