Momoland is a South Korean girl group that was formed through the reality show Finding Momoland in 2016 under the agency called MLD Entertainment. The group made its official debut in November 2016. Some of their well-known albums and singles include Welcome to Momoland, Freeze!, Great!, Fun to the World, JJan! Koong! Kwang!, Wonderful Love, Bboom Bboom, and Show Me. The group has a wide social media fan base with more than 3 million followers on Instagram.

The group has released a number of mini albums such as Welcome to Momoland, Freeze!, Great!, Fun to the World, and Show Me. Out of these, Great! peaked at number 3 on the Gaon Album Chart. Some of their famous singles include JJan! Koong! Kwang!, Wonderful Love, Freeze, Baam, and I’m So Hot. Their single Bboom Bboom peaked at number 2 spot on the Gaon Digital Chart. 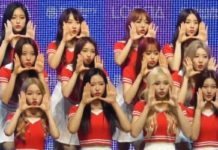