Nayer is an American singer and songwriter, best known for the hit single Give Me Everything she recorded in collaboration with Pitbull. The single was produced by DJ Afrojack and released in 2011. The same year, she released another single named Suave (Kiss Me), again in collaboration with Pitbull, but also Mohombi, a well known Swedish-Congolese singer. Throughout her career, she had multiple collaborations with singers, musicians, and rappers, most notably Enrique Iglesias, Fonseca, Detail, Juan Magan, Dasoul, Chacal, and others. In July 2018, she worked on a song Leily Leily with Lebanese singer, Melissa. The song was released for all music platforms on August 20, 2018, and was met with a positive audience reaction. She decided to become an independent artist in 2013, which allowed her to enjoy creative freedom in music.

Her manager information is unknown.

Nayer was signed by Sony Discos when she was 16 years old but never released her debut album.

She has since released her music as an independent artist.

Nayer is of Cuban-American descent but also has Brazilian, Spanish, and Lebanese roots.

She has dyed her ends and roots ‘Blonde’ in the past.

She started endorsing her own makeup brand named Krisbella Beauty on September 10, 2018.

In 2008, she made her TV show debut on 30 Days ‘Til I’m Famous, in an episode titled Buckwild, where she was credited with her full name, Nayer Regalado. 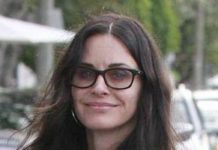