Nayun is a South Korean singer and is best known for being the vocalist and sub rapper of the South Korean girl group Momoland that was created in 2016 via reality show, Finding Momoland. The group has a strong fan base and has released several tracks, EPs, and albums such as Welcome to Momoland, Freeze!, Great!, Fun to the World, JJan! Koong! Kwang!, Wonderful Love, I’m So Hot, and Show Me and has also won several awards such as Asia Artist Award, Gaon Chart Music Award, Golden Disc Award, Japan Gold Disc Award, Genie Music Award, Mnet Asian Music Award, Melon Music Award, and Seoul Music Award.

She has described her ideal type to be someone who has a nice smile and works out.

She prefers to dye her hair ‘light brown’ or ‘red’.

Nayun has done endorsement work for brands like FronRow International.

Nayun has released a number of EPs and singles along with the girl group Momoland. Some of the tracks she has lent her voice to involve JJan! Koong! Kwang!, Wonderful Love, Freeze, Bboom Bboom, Baam, I’m So Hot, and many more. 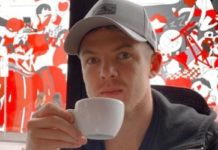