Quinton de Kock is a South African cricketer who is known to be the 2nd fastest cricketer to score 11 ODI centuries. He is an opening batsman and wicket-keeper who made his debut for the Highveld Lions during the 2012/2013 season and is a regular player in the ODI and T20 teams. He is also the fastest wicket-keeper to achieve 150 test dismissals. Quinton is a known player in the Indian Premier League having played for Sunrisers Hyderabad, Delhi Daredevils, Royal Challengers, and Mumbai Indians respectively. He made his test debut in 2014 against Australia and his ODI debut in 2013. He is the fastest South African to reach 1,000 ODI runs and is considered to be a valuable asset for the South African Cricket team. 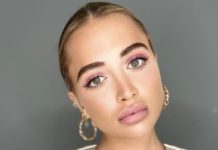