The upcoming masterpiece of Sanjay Leela Bhansali, Padmavati, a story based on the life of an Indian queen has been making the headlines mostly for all the wrong reasons. One thing that’s worthy of attention though is the character of Alauddin Khilji played to perfection by popular actor Ranveer Singh and the body transformation he went through to nail the role.

Have a look at his exact workout and diet secrets shared by his trainer Mustafa Ahmed right here. His enthusiasm, energy, and willpower might inspire you to go for some of your own health goals as well.

Trainer Mustafa Ahmed shared that though the workout sessions the actor went through was probably the toughest of his career, they still sailed through it due to “go get it approach” of the star.

The workout secrets of the Mumbai-born included working out twice a day for six days a week. The morning sessions included a cardio session, stretching exercises and a mobility drill that lasted 25-30 minutes, as the actor was short on time in the mornings.

They also worked out in the evenings for an hour and a half when he had more time to spare. At times, their schedule varied as the handsome hunk was too busy to train. The evening sessions were dedicated to heavy lifting and weight training. The schedule also involved doing high-intensity interval training on alternate days.

This part of the training consisted of a lot of power movements such as bench pressing, deadlifting, squatting, etc. Some other exercises done during these evening sessions were push-ups, burpees, etc.

Stretching was done by the Band Baaja Baraat (2010) actor to ensure that he didn’t become a victim of injuries. A combination of exercises was created because Mustafa wanted to ensure that Ranveer was in the best possible condition to play the character and HIIT was done to improve his overall flexibility.

Singh was advised to take a day off every week to let his body get some rest. On those days, the only exercise allowed to him was swimming.

The Lootera (2013) actor was not allowed any sugar a few days before the start of the shoot, and he didn’t have any of it while shooting for the film for 6 months (except for cheat meals). He also had to let go of processed foods.

The focus was to fill him up with high protein diet and many good carbs like brown rice, sweet potato, etc. He was instructed to eat about 160-180 grams of protein per day.

His diet included eating loads of good fats so that he could stay energized throughout the day. As many actors are reluctant to eat carbs because they assume it might lead to fat gain, Ahmed explained the benefits of good fats to the rumored beau of Deepika Padukone to get him on board with the idea. Every meal prepared for him had 10-15 grams of fat and carbohydrate along with 30 grams of protein.

The diet allowed him to have 4 meals and a snack in a day, but he didn’t follow any specific time. He was eating every few hours depending on his hunger.

Ranveer was allowed to have two cheat meals every week, and he was free to decide the time of these meals. He preferred to have both of them on the same day to enjoy a cheat day. While indulging, he was allowed to have anything he craved, be it junk food, sugar or anything else he fancied.

Have a look at his chiseled body, and you will agree that the efforts put in by the cousin of Sonam Kapoor were worth it. 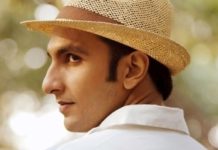 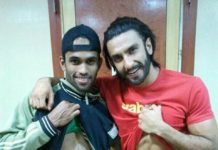