Until the age of 10, Rashida Jones went to a Hebrew School. She was also enrolled at The Buckley School in Sherman Oaks.

Finally, she got admission at the Harvard University from where she graduated in 1997 with a degree in philosophy and religion.

To improve her acting and performance skills, she took classes from acting coach Tim Hillman.

Rashida Jones has appeared in a series of commercials for

In 2010, Rashida was selected as an ambassador for the Dove Nourishing Oil Care Collection.

She also served as a guest vocalist in The Rose That Grew from Concrete, which was a tribute album for Tupac Shakur.

Rashida was first seen in the 1998 film Myth America.

In 1997, she appeared in CBS miniseries, The Last Don for her role as Johanna.

While growing up, Rashida was a chubby child. She turned it all around with Pilates workouts. As her core was weak initially, she nearly cried from the exertion. Over the years, Pilates has helped her develop a lean and strong core. She hits the Pilates studio 3 times a week.

Also, she regularly works out in the gym (Though she doesn’t like it much). She is regular at the Equinox gym in New York City and is trained by Tafiq Akhir. Tafiq credits squat lifts exercises for her lean and sculpted pins. 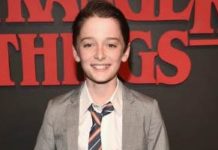