Sara Forestier is a well renowned French actress who got her fame from the movie Perfume: The Story of a Murderer in 2006. She was also honored as the “Best Actress” in Cesar Awards in 2011. She has an inclination towards writing and to paint. Her artistic temperament has brought her success. Initially, she started taking minor roles in advertisements through an artistic agent, before she got her first movie.

Portraying the role of Jeanne in Perfume: The Story of a Murderer in 2006

In 2001, she made her theatrical film debut in Les fantômes de Louba as Fille 2.

She made her TV show debut as ‘Herself’ on the talk show, On a tout essayé in January 2004. 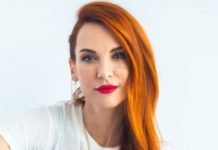