Taylor Tomlinson is an American stand-up comedian, producer, writer, and television personality who has been a part of a number of shows and projects including What Just Happened??!, The Comedy Lineup, Laughs, Punchline, Last Comic Standing, Last Call with Carson Daly, The Tonight Show Starring Jimmy Fallon, and Conan. 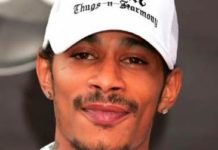