If you have the tiniest bit of interest in the fitness world and you have a Wi-Fi, you must have heard of The Body Coach – Joe Wicks. He is an Instagram sensation who used to run a bootcamp. Now, he is a successful fitness expert who is followed by not only millions of common people but celebs appreciate him as well. So, what’s unique about his fitness approach? Let’s try to find out.

The successful author is very realistic when it comes to food as reported by Hello Magazine. He thinks that it’s okay to have a bad food day but you shouldn’t wallow in it and make it worse. Rather you should focus on making better food choices the next time. Don’t ever let a bad food day become a bad food week.

According to the Instagram star, the worst mistake made by people with regard to foods is that they eat fewer foods. Women especially tend to eat less to stay fit. He wants them to understand that they can eat more food. He thinks anyone can eat a lot given they stick to the right foods. He also doesn’t want anyone to deprive themselves of the foods they enjoy. It’s completely cool to have booze every now and then.

The popular fitness advisor has no inclination to work with celebrities. Though he has Sheridan Smith, Olly Murs, Ellie Goulding and Rio Ferdinand in his list of fans, he doesn’t want to work with celebs. He recently admitted that even if he is given an opportunity to work with Jessica Alba as a personal trainer, he won’t probably do it. His target audience is, has been and always will be the common people.

The workout schedule followed by the renowned personality is quite impressive. He has 14 hour days and works out for four to five days every week. His preferred workout routine includes HIIT training and short as well as intense bursts of activity. He wants people to follow such a routine too if they want to see guaranteed results.

The author of Lean in 15 book stresses on three awesome exercises that can help you have a great body. The first one is lunges with heavy dumbbells that are great for toning thighs and glutes. The second one are press ups as they work many muscles at once. The final one is mountain climbing which is a great cardio activity that helps tone up your core and shoulders.

Wicks stated that people make the fitness mistake by doing less strenuous exercises. If you are just lifting baby weights or doing steady state cardio for hours at once, you will not see many results. On the other hand, if you do HIIT training, you will see many results such as a strong and powerful physique.

The cherub-haired personal trainer gets his motivation to train people by being passionate about what he does. He likes it when he plays a key role in transforming their lives and makes them better. It helps him to keep moving forward and help more people.

The talented trainer thinks that he is successful because he never set out to make money reported Mirror. Though, the cash he earns through his work is certainly good but his core aim remains to help people change their lives. He is also very proud of his success and names himself as an example of the fact that if you have a good idea and believe in it, you will attain success too. Another secret of his success is that he leads by example. Joe practices what he preaches and all his efforts are highly visible to the public eye.

The Plan of Action

The bonafide celebrity has designed a 90-day plan for fitness. As a part of the plan, you need to workout 4 times every week. All the workouts he suggests can be done at home and within 50 minutes. He also says that the exercises will be strenuous. The plan has different 1-month cycles having variety of exercises and recipes. The diet in the plan is also defined. You need to have three meals and two snacks in a day. All the meals would be decided as per your weight, height and fitness levels.

For more details on this or any of the plans, feel free to visit the official website of The Body Coach. You can also follow him on Instagram. 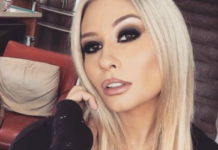 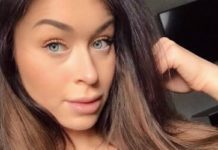