Though Mandy Moore has been a successful actress for a couple of years now, she is now more popular than ever due to her role as Rebecca Pearson in the award-winning show This Is Us (2016-Present).

She also seems to be at the peak of her fitness which can be seen in her image that was published on the cover of a popular magazine. So, how is she keeping fit? What fitness rules does she follow? Read this and much more right here.

The American singer is very close to her co-star Milo Ventimiglia. So, she turned to him and hired his trainer Jason Walsh. He taught her a lot about strength training and created VersaClimber class known as Rise Nation which she does whenever she has time. Though the latter lasts for just half an hour, it’s quite intense. She gets drenched only after a single session. One exercise she doesn’t like is running and thinks she can never participate in a marathon but admires people who do that.

The star makes exercising fun by working out with a trainer, trying SoulCycle or hiking. She likes to get done with the workouts in the mornings.

She is also a fan of working out with friends or in a class because it keeps her accountable and allows her to chat about fitness or how tiring a class was. Cycling and doing Barry’s Bootcamp are also on her list.

The singer wants to climb Mount Kilimanjaro, and it’s a bucket list item. She plans to do it soon and might add it to her honeymoon plans! Her long-term fitness goal is to take care of herself to the best of her ability so that she can have kids.

The diva never uses scales to map her weight. She judges her fitness levels by the way her clothes fit, and she has adopted this policy for a few years now. Her fitness goal is to feel good in her body, not to lose weight or look a certain way.

Moore always had a healthy relationship with food. Earlier, she used to consider food as a reward or gratification. Now, she considers it as a fuel. She recently found out that she is gluten intolerant so she has eliminated unsuitable foods from her diet.

As she is a huge fan of fish, berries, almond flours, nuts, nut butter, hard-boiled eggs and almond crackers, she keeps them in her home. Mandy eats well to feel good, not look good and never deprives herself of a food she wants. Her philosophy is to eat everything in moderation.

The stunner is a big fan of French fries and can’t resist them. She is also a coffee addict and has it every morning. She never regrets indulging in either because she believes deprivation is not worth it!

The girlfriend of Taylor Goldsmith is following his lead in taking vitamins and supplements. She is currently taking Vitamin C, fish oil, iodine and vitamin D.

The ex-wife of Ryan Adams stays fit by setting fitness goals for herself and talking about it with a friend. She says that talking about goals with others helps in ensuring that she achieves them.

When Mandy was 12 or 13 years old, she grew 4 inches over the summer. She felt very uncomfortable in her own skin and didn’t like the fact that she was taller than the guys. Her posture was also quite bad.

Now, she has become very comfortable in her skin and doesn’t regret being 5’10” and a size 6. Though she still has some insecurities, she is learning how to love herself through exercise, how to eat healthily and how to monitor her inner voice in order to keep it positive.

She also believes that self-prioritizing is good as it makes her feel more centered, healthier and more confident than ever. With the passing of time, she has also learned to love her height and doesn’t feel troubled by the fact that Taylor is shorter than her. She still does what she likes and often puts on four-inch heels and be 6’2″.

How to Lose Weight Quickly?

The stunner says that she is unaware of any way of losing weight quickly. She looks so awesome at every event because, at that time, she stops eating anything unhealthy and boosts her water intake. She also ensures that there is a 12 hours gap between dinner and breakfast when she is preparing for a special day.

The actress has super sensitive skin so wearing old-age makeup is very hard for her. She keeps her skin healthy by drinking a lot of water, gets adequate sleep and always ensures that she is wearing a sunscreen. She doesn’t like alcohol which prevents from dehydrating her skin. In her opinion, constant skin care is the only way to maintain the skin and when she does that, it’s evident in her skin.

The beauty has also found a new level of confidence which she credits to a combination of getting wiser and older as well as dealing with hard knocks of a divorce. One day, she decided she won’t tolerate anyone and it altered her life. She says you feel powerful when you learn to say “no” and know your worth.

Jason Walsh, the owner of “Rise Nation” who is also Mandy’s trainer recently spilled beans on her secrets to keeping lean, and having a perfect physique, have a look.

The trainer shared that she is quite dedicated to workouts and they often train for 5 days a week. Even if she is super busy, she still manages to exercise at least thrice a week. Her preferred routine is to train in the mornings, and she drives herself to the gym on most occasions.

Denying that she has a favorite move, he said that she has never shared her favorite exercises with him, but when she came in contact with him, she did have lower back pain. To address the issue, he created a functional program for her that would help in eliminating those issues.

The duo do a lot of hip thrusts and hip exercises because when you work on your hips, you get the glutes working and it eventually helps to stabilize the hips. They also do a lot of back extensions and banded hip extensions. He says that most people work on the front of their bodies as they see it easily in the mirror. They forget about training their back which is a mistake. They also do a lot of work with bands like land walks to shape her body.

They also do a lot of modified version of pull-ups because Mandy is a tall woman and for her, doing pull-ups is rather tough. In their version of pull-ups, he adjusts two rings so that she can hold them while having her feet on the ground in front of her. They help her to strengthen her abs and lats.

Jason also shares that they do a lot of core work to keep the talented actress’ flat abs going strong. He considers core work to be a good secondary exercise and says that people should work on the muscles they are lacking. She does planks and crunches on a Pilates ball, but most of her core work involves doing a lot of functional movements and heavier lifting. 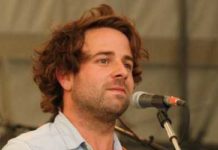 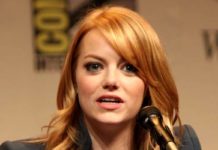 Emma Stone Workout and Diet Secrets for Battle of the Sexes