Tydus Talbott is an American social media star and rapper, best known for his resemblance to Jake Paul, which was 1st noticed in his impersonations uploaded to his parents’ family vlogging YouTube channel. The channel, titled “Trav and Cor,” has amassed a fanbase of more than 3.5 million subscribers. Even though his parents created the channel in July 2014, they didn’t post their 1st video until February 3, 2016, which was titled 1 year old Tydus snowboarding! **EPIC**. At that point, they had also collaborated with Madison Nicole Fisher and her family on a holiday trip to Maui. In fact, Madison and her family inspired them to start the channel in the 1st place, and encouraged them on their journey to posting pranks, doing challenges, as well as dressing up Tydus in various outfits, and acting a certain way for “clickbait.”

One of the videos, titled 3 Year Old JAKE PAUL!! (RARE FOOTAGE), published in September 2017, went viral, and got Jake Paul’s attention and brought Tydus the nickname he would adopt later. Jake and his “Team 10” of YouTubers met Tydus for the 1st time on September 12, 2017, in his mansion in Los Angeles, California, United States. From that moment on, he appeared in Jake’s vlogs and has collaborated with other YouTubers such as Erika Costell, Rebecca Zamolo, JoJo Siwa, and the rest of “Team 10” as their honorary member. Tydus has also amassed a large fanbase online with more than 1.5 million followers and more than 700k followers on 2 of his Instagram accounts separately.

In July 2018, Tydus attended preschool 2 days per week and was homeschooled for the rest.

Tydus is managed by his parents.

Tydus Talbott has endorsed brands such as –

Tydus released his 1st song and the accompanying music video, titled Ice Cream, via his parents’ YouTube channel on June 14, 2019. 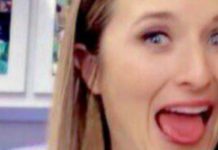