Vincent Pontare is a world-famous singer-songwriter from Sweden. As a member of the music group Vargas & Lagola, Vincent has contributed to the success of many songs. He has also written and produced popular songs like Danny Saucedo’s If Only You, Axwell Λ Ingrosso’s Sun Is Shining, and Avicii’s Waiting For Love. Vincent began his career as a hip-hop singer and slowly found his niche as a songwriter and producer.

There is no information about the schools or colleges that Vincent Pontare attended.

Vincent Pontare hasn’t done endorsement work for any brand yet.

On November 7, 2007, his debut album titled Lucky Thirteen consisting of 14 songs was released. The album contained popular songs like Paradise, Do Not Hate On Me, and Miss Blue.

In 2007, he made his first TV show appearance on the game show BingoLotto as a guest. 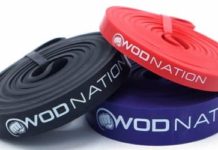