Yalitza Aparicio is a Mexican star who went from teaching at a pre-school to becoming an award-winning actress. She starred as Cleo in Alfonso Cuarón’s award-winning film Roma in 2018. Yalitza was lucky that she accompanied her sister to her casting session with the thought that her then-pregnant sister might end up being a victim to human trafficking. She has a huge fan base with more 300k followers on Instagram and 100k followers on Twitter.

Yalitza is represented by Adriana Caballero from dosD3 PR Agency.

Yalitza has not yet spoken about her dating life in public.

Yalitza has done endorsement work for several brands including Gucci and Dior.

Yalitza made her theatrical film debut as Cleo in Roma in 2018.

She made her first TV show appearance on Jimmy Kimmel Live! in 2018. 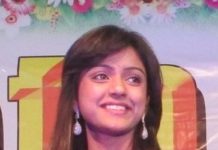