This is what Young Thug has to offer –

Young Thug’s body specifications may be –

In 2014, he guest appeared on the comedy talk show The Tonight Show Starring Jimmy Fallon as himself.

Young Thug has been seen boxing with a trainer. Though, he is not regular but does activities occasionally.

He is also known to go without food for days or eats fries, pizzas, etc.

He has been called to “eat no real food” and is known for getting a vitamin injection from a doctor monthly. 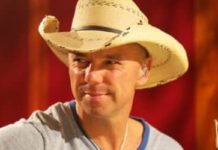