Yuvan Shankar Raja, popularly known as U1 is an Indian film composer. He is a leading music composer in Tamil films. He is often recognized for presenting hip hop into Tamil films and also known for using western music elements. He is considered as a versatile music composer.

He studied at St. Bede’s Anglo Indian Higher Secondary School, Chennai. He discontinued his schooling after his 10th grade.

His music has been released by Sony Music Entertainment, Think Music India, U1 Records, and others.

Yuvan’s name has been linked with – 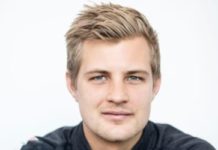