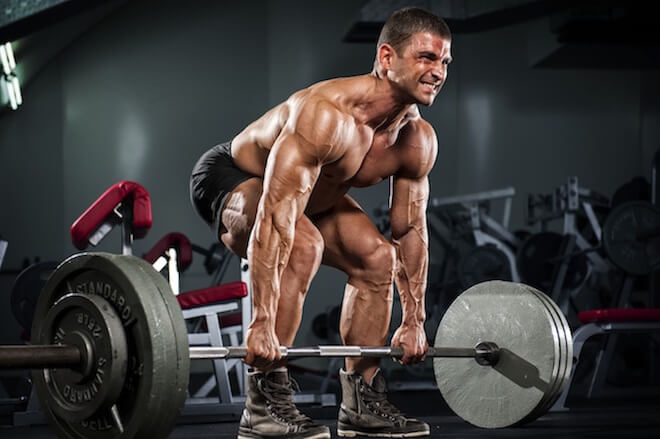 The deadlifts, when performed correctly will build unparalleled mass while strengthening all the major muscle groups. Though, many would argue that squat is the king of exercises. But, when it comes to building the upper and lower body, no movement can rival deadlifts. Also, deadlifting will strengthen the entire back and its surrounding muscles, which can help in tackling rampant back pain issues. Plus, this exercise can improve your core strength, which supports the body in almost every movement and position.

Yet, the biggest benefit of doing deadlifts is that it helps in building functional strength. Whether you are emptying trash or lifting a sofa, the strength benefits of deadlifts come into play all day long. There are several types of heavy objects that you will have to lift from the ground and the deadlift is essential in strengthening the body mechanics that you will do while accomplishing these tasks.

Like any other exercise, the form is really important for the deadlifts. In this article, we will list six common mistakes that people often make while doing deadlifts. By avoiding such mistakes, you will be able to get the most out of the exercise and can minimize the chances of getting injured. 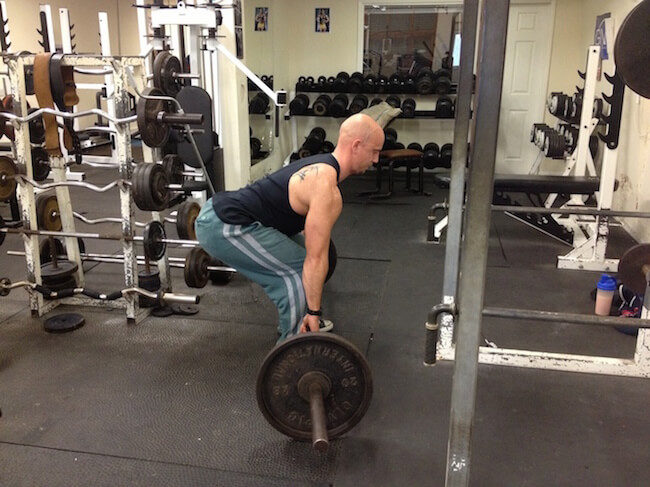 You should always start deadlift in a half squat position. Of course, there will be a variance in this position from individual to individual. But, in no case, you can squat all the way down for the starting position. If you are taking a too low starting position, the barbell will end up being too far from your body, which will put undue stress on your back. And, if you love to lift heavier weights, then it could lead to serious back problems.

By turning the deadlift into a squat, you also change the group of muscles worked and the way they are worked. In squats, you have to push the weight and your body upwards. While doing deadlifts, you have to pull the weight upwards. Remember, there is a massive difference in pull and push mechanism. 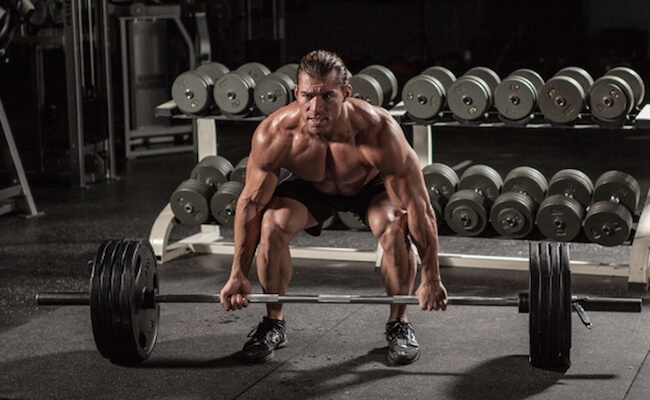 The foot position is also very important in deadlifts. Generally, the feet should be around hips width wide. However, there is a very easy way to determine the best foot position for every individual. Just stand straight and try to do your highest possible vertical jump. Don’t think about it. Just be natural and try to jump as high as possible. Now, the stance from which you felt you jumped the strongest and highest is the perfect foot position for doing deadlifts.

If your feet are too wide apart, then it will block your arms when you grip the bar. And, if your feet are too narrow apart, it will put your arms at an angle that will make the movement feel unnatural and will increase the distance, you must lift the barbell. Both the mistakes can prove to be a serious hindrance in doing the exercise in the right way. It can also put a lot of strain on the joints and can lead to some muscular problems. 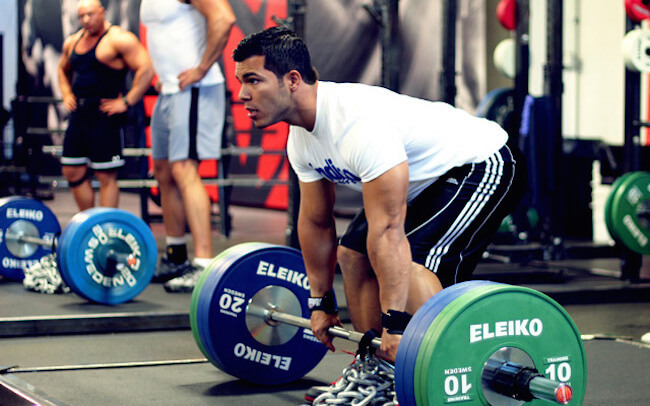 There is a reason why deadlifts and squats are called big lifts. With couple of years of training, you can easily deadlift more than 200 pounds. And, with so many different muscles involved, you have to lift big to ensure that you are working your muscles hard enough to make them stronger and bigger. But, there is no way, you can lift that heavy if you are bending your arms during the exercise. The reason being that there is no way your biceps can handle that amount of weight. In fact, you would be surprised to know that the most common injury associated with deadlifts is bicep tear, not a herniated disc.

So, remember if you are doing the deadlifts with bent elbows, the weight will automatically put staring on your elbows. And, if you are lucky, you will have an ineffectual workout and maybe some elbow pain. But, if your luck runs you, you might have to pay your local orthopedic surgeon a visit to treat a biceps tear.

While deadlifting, always keep your arms fully extended. Not only it is safe, but it also reduces the range of motion with which you must lift the barbell. So, it improves the quality of the movement by minimizing the quantity of motion. 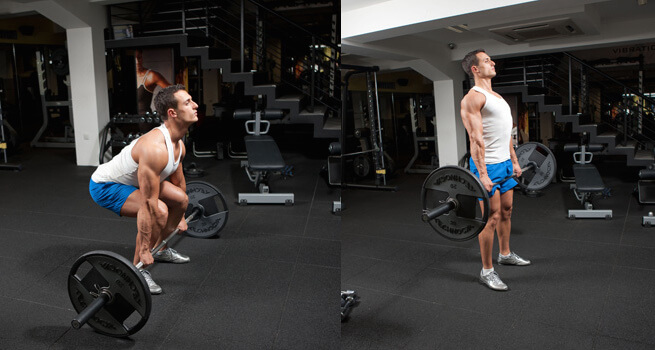 Often, some bodybuilders have a bad habit of leaning back at the top of the movement. Some do it to show control and their power. While, others feel it is important to lift the barbell even higher. If you belong to either of the category and have a habit of leaning back, cut it out now. It is completely unnecessary.

By leaning back, you run the danger of hyperextending your lower back. This can lead to host of lower back injuries including herniated discs. Also, it is not the right form that will sacrifice the efficiency and performance.

And, if you are a powerlifter, training for a competition, the leaning back can actually lead to disqualification of the lift. The competition rule is to lock out the knees and hips while standing fully upright. However, when you lean way back to maintain the balance, your knees automatically get unlocked. A smart judge will always note this and disqualify your attempt. 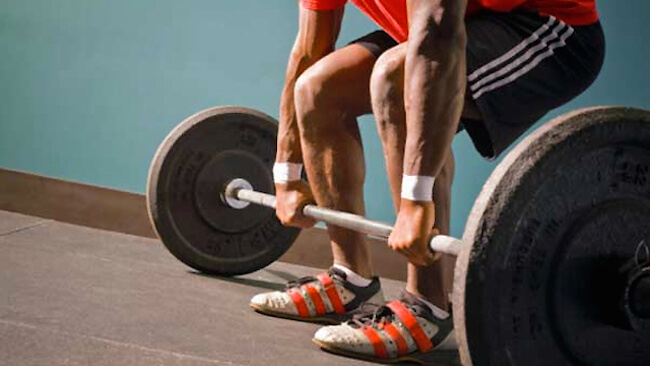 Yes, you love your tennis sneakers. But, gym is not the right place to wear them. Least of all, when you are going to do deadlifts. Most sneakers have compressible soles. And, when you are doing deadlifts, this leads to instability. You will notice that wearing thick soled shoes or wearing no shoes at all, will make a world of difference to your lifts.

You should do deadlifting in hard sole shoes. Or, you can also opt to do deadlifts in socks, and deadlift slippers. These options distribute the weight throughout your foot. Also, if you are wearing shoes with higher soles, you will have to pull weight over greater distance. And, when you are lifting heavier weights, few centimeters makes a lot of difference. 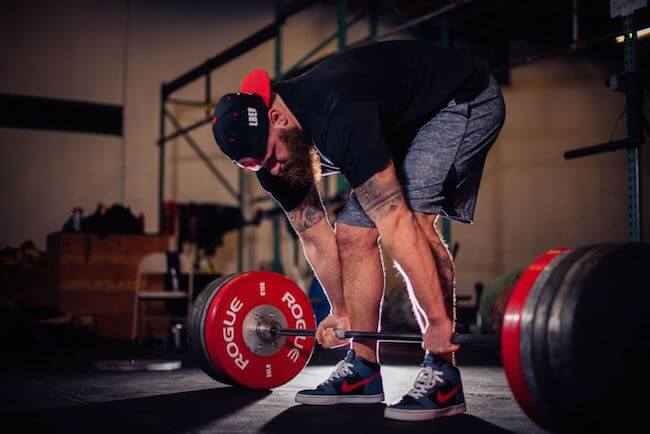 The seasoned weight lifters never make this mistake. However, the rookies and the beginners often make this mistake, which can cause host of back problems. They barely bend their knees and this form is closer to the Romanian deadlifts, which is an upper hamstrings and glutes exercise. Although it is still a deadlift, but with the single-joint move from the hips, it limits the number of muscles that can be employed. 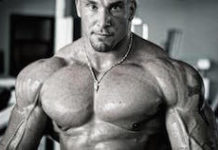 Three Best Muscle Building Exercises That Will Give You Incredible Results