Austin P. McKenzie is an American actor, singer, and ASL interpreter known for appearing in popular TV shows like When We Rise. He has portrayed important roles in various theatrical productions like Spring Awakening and has done endorsement work for brands such as Wicked Clothes. Austin has a mild social media fan base with more than 30k followers on Instagram.

In 2017, he lent his voice to the Thinking of You soundtrack of the drama miniseries, When We Rise.

In 2017, he made his theatrical film debut in the drama movie, Speech & Debate.

In 2015, Austin McKenzie made his first TV show appearance in the Roommates 101 episode of the TV series, The 101. 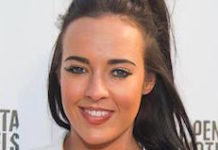