David DeLuise is a talented American actor and television director. He is known for his roles in Wizards of Waverly Place, Megas XLR, Stargate SG-1, 3rd Rock from the Sun, Jesse, Hawaii Five-0, The Mentalist, Rizzoli & Isles, Bones, Vampires Suck, Believe, Pup Star, and BachelorMan. He is the youngest son of comedian Dom DeLuise. David has a huge social media fan base with more than 200k followers on Instagram and more than 200k followers on Twitter.

He is of Italian and German descent.

In 1979, he made his theatrical film debut in the action-comedy film Hot Stuff as David Fortunato.

In 2001, he lent his voice for the character of School Fish #2 in the comedy-fantasy film Dr. Dolittle 2.

In 1983, he made his first TV show appearance as ‘Himself’ on the reality series This Is Your Life.

In 2000, he made his TV show debut as a voice actor in the animated action sci-fi series Roughnecks: The Starship Troopers Chronicles as Sgt. Francis Brutto. 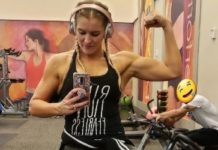