Gökhan Özoğuz is a Turkish musician known for being the co-founder of the ska-punk band, Athena. He is the lead vocalist and guitarist in the band that also features his twin brother, Hakan. They have released numerous albums with One Last Breath (April 1993) being their first. The album was not very successful and after numerous club performances, Gökhan initiated the change of the band’s style from thrash metal to ska-punk. 5 years later, in 1998, Athena’s 2nd album titled Holigan (Hooligan) was released. The album received much love from the general public, so much so that its title song was adopted as a sports anthem by football fans across the country. After the album’s success, Gökhan and his band went on a nation-wide tour. Their 3rd album was released in 2000 and was titled Tam Zamanı Şimdi (Full Time Now). That album’s first single Yaşamak Var Ya (To Live or) was a popular hit and the album’s sales reached “Gold” status in no time.

In 2002, their next album titled Her Şey Yolunda (Everything is OK) was released. 2 songs from this album became major hits – Öpücük (Kiss) and Beyoğlu. Gökhan featured as the Turkish entry at the 2004 Eurovision Song Contest in Istanbul as a part of Athena. The band performed their song For Real, finishing 4th in the competition. Their next album title Us came out in 2004. The next year, Gökhan again experimented with a new genre. His band dabbled in alternative rock and created the eponymous album, Athena. After again touring the country for a while, Gökhan decided to take an extended break and moved to London. He returned after a few years and continued the alternative rock style with the next album, Pis (Filthy) that came out in 2010. 4 years later, Gökhan’s lyrics were manifested in the album, Altüst (Upside Down). The song Ses Etme (Sound) from this album had its music video published in 2016. It highlighted the hate crime and prejudice against transgender people.

Gökhan completed an open education program from the Anadolu University in Eskişehir, Turkey.

Gökhan and his band Athena have endorsed brands such as –

Gökhan has appeared in the TV commercials for brands such as –

In 2014, Gökhan shared a photo of his, revealing that he was from the Surgery Lodge sect of the religion. Many celebrities in Turkey align themselves with the sect.

As a member of Athena, Gökhan released his first album titled One Last Breath in 1993.

Gökhan made his feature film debut as ‘Himself’ in the 2003 Turkish film O Şimdi Asker (He’s in the Army Now).

Gökhan made his TV show debut as a guest star on the TV series Tatli Kaçiklar (Sweet Freaks) in 1999. 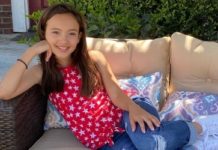