Hitomi Honda is a Japanese singer. She is best known for being a member of the South Korean-Japanese girl group called IZ*ONE that was formed through a reality competition show, Produce 48, on Mnet. She is also a member of the Japanese idol girl group, AKB48. Hitomi has amassed over 500k followers on Instagram.

Hitomi is represented by –

Hitomi has not dated anyone publicly yet. 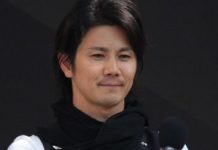