Kate Wright is an English reality TV star, social media star, and designer, best known as part of the reality-TV series The Only Way Is Essex (2015-2017), which she joined alongside her friend Mike Hassini in the 16th season of the series. Her 1st appearance was in a Marbella special in October 2015, during which she strode out in a bikini and instantly captured the audience’s attention. Because Kate grew up in Essex, she was already good friends with her co-stars Chloe Lewis and Gemma Collins. However, not everyone loved her from the get-go, and drama started when she called her co-star Megan McKenna a ‘dog’ before arguing it was all just banter. Even though Megan began fuming with anger, Kate shrugged it off as a joke.

She had also argued with Chloe Lewis after she noticed her flirting with her then-boyfriend Dan Edgar, and having learned that the two kissed years earlier. Besides that, her fanbase of viewers eagerly followed her life on-screen and was heartbroken when she left the TV show in January 2017. Kate also decided to remain out of the public’s eye to focus on her relationship with her new boyfriend and take care of 3 children he had from a previous marriage. In 2016, Kate also collaborated with an e-commerce brand Miss Pap to launch her ‘Party Picks’ collection for upcoming Christmas, which proved to be very successful. In early July 2019, she also launched a fashion collection in collaboration with Very UK. Kate Wright has also amassed a large fanbase online with more than 1 million followers on Instagram and more than 200k followers on Twitter.

She left school at the young age of 16 to start working.

She has also dyed her hair ‘Pink’ in the past.

Kate Wright has endorsed brands such as –

Katie has also appeared in SSAFA’s The Big Brew Up campaign in June 2017.

Kate Wright made her first TV show appearance as ‘Herself’ in an episode titled The Only Way Is Marbs Special: Part 1 of the reality-TV series The Only Way Is Essex in October 2015.

Here are Kate Wright workout routine and diet secrets that she uses to stay in killer shape. Kate also began working alongside her husband after they started dating in 2017, and called him her “gym buddy” who provides additional fitness motivation, knowledge, and assistance when needed. 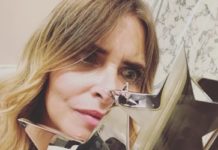 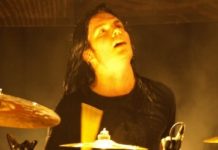